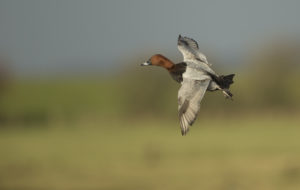 Paul Hobson is our speaker on November 12th.  Paul crossed the Pennines from Manchester to Sheffield University in the late 70’s to study Environmental Science and made a career in lecturing before becoming a full time wildlife photographer.  He has written several booksincluding the very popular ‘Wild Derbyshire’ which shows a Dipper on the front cover, a bird which will certainly feature in his talk. ‘The River’ is a wildlife photo-journey down a river from its birth in the moorlands until it meets its maker, the sea, in the estuary. Along the way Paul explores a variety of British wildlife that lives in, on and around the river. Our photo shows a beautiful male Pochard but some less desirable animals also feature such as the highly invasive Signal Crayfish.