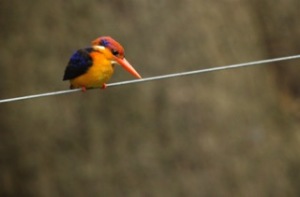 The Oriental Dwarf Kingfisher may be tiny, but its vibrant colours make it a real eye-catcher. This one was seen near to the historic palace of Sigiriya or Lion Rock.

Sri Lanka, lying off the southern tip of India, was devastated by the 2004 tsunami, but thankfully most of the key birding and wildlife areas were sufficiently inland to escape destruction. During the course of my talk I will discuss locations such as Talangama Marsh on the outskirts of Colombo, Sinharaja Forest (home to Serendib Scops Owl which was previously unknown before 2001), Horton Plains and key areas in the central mountain core. 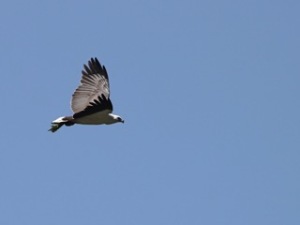 Today the island ranks among the world’s top destinations for leopard and Asian elephant, while its bird list of 450+ species includes 33 birds unique to the island. Since 2008 visitors have been able to enjoy whale-watching trips off the southern and eastern coasts, making Sri Lanka a deservedly popular destination for anyone interested in wildlife.